When I was a younger reader and my sense of the world was still pretty small, I devoured books about travelling.

It was always so much fun reading about a someone my age taking a trip (independence!) and growing through their experiences in a different country (character development!). It was also a plus if they fell in love (because I am such a sucker for romance). I love that we have so many more travel stories in YA fiction now that take all us over the world and to different parts of the same country.

In this Blast from the Past, I will be taking a look at the two YA Travel series I read the most as a teen.

Grab your passport and your favorite neck pillow and let’s go!

What It’s About: Elena is lost in the shuffle between her three overachieving siblings. But now that she’s on her own for a whole semester, she intends to keep the spotlight on herself—and Spain is just the place to do it. Once she starts living it up in tapas bars, lying out on the beach (even though it’s November), and having a nice, long siesta smack-dab in the middle of every day, Elena finds that Spain is everything she hoped it would be. She’s even met a to-fawn-over Spaniard, Miguel. But Elena has always been more comfortable writing plays than starring in them, and she’s beginning to realize that keeping out of the spotlight has its perks too. . .

Title: The Sound of Munich
Written by: Suzanne Nelson

What It’s About: Siena Bernstein is leaving her yoga mat behind for a semester of study abroad in Munich. She’s thrilled with the prospect of a German adventure (her horoscope is encouraging as well), but she hopes to make more than just her dreams come true while she’s there. Siena’s dad, who passed away when she was a baby, kept a “Carpe Diem” list—sort of his top-ten adventurous things to do. He completed all but one of the tasks—going to Germany to thank the man who helped smuggle his family past the Berlin Wall. Amidst her adventures in biergartens, Alpine skiing, and a rigorous course load, Siena is on a quest to complete her father’s list. But she’s also set on having the best possible time while she tries. With the help of two new best buds and a handsome RA in her dorm, she’ll surely succeed.

Title: The Great Call of China
Written by: Cynthea Liu

What It’s About: Chinese-born Cece was adopted when she was two years old by her American parents. Living in Texas, she’s bored of her ho-hum high school and dull job. So when she learns about the S.A.S.S. program to Xi’an, China, she jumps at the chance. She’ll be able to learn about her passion – anthropology – and it will give her the opportunity to explore her roots. But when she arrives, she receives quite a culture shock. And the closer she comes to finding out about her birth parents, the more apprehensive she gets. Enter Will, the cute guy she first meets on the plane. He and Cece really connect during the program. But can he help her get accustomed to a culture she should already know about, or will she leave China without the answers she’s been looking for?

Title: When Irish Guys are Smiling
Written by: Suzanne Supplee

What It’s About: For seventeen-year-old Delk Sinclair, studying abroad in Ireland means one thing: escape. Delk is tired of hearing about her friends’ debutante parties, watching her pregnant stepmother redecorate her mother’s house, and having to smile sweetly even though she doesn’t think she’ll ever get over losing her mother. Ireland is Delk’s chance to be happy. With the stunning green landscape as backdrop, Delk revels in all things Irish, from living in a real Irish castle, to celebrating St. Paddy’s Day in Galway, to enjoying Irish music and dance, to studying Yeats and shearing a sheep! So when Delk begins to fall for a very handsome Irishman, she wonders if there”s more to the Emerald Isle than it first seemed. It is fun, to be sure, but will those smiling Irish eyes really be able to heal her broken heart?

Title: Up Over Down Under
Written by: Micol Ostow & Noah Harlan

What It’s About: A super-special S.A.S.S. exchange novel offers romance in the land down under and right here in the U.S. when two exchange students swap places!

Eliza Ritter has high expectations for her semester in Melbourne, Australia. Sure, she’s participating in an environmental program, but really she hopes to spend her time meeting cute boys. So when she meets a hot surfer, she is thrilled! Aussie Billie Echols, on the other hand, actually does have an interest in the environmental program she’s signed up for in Washington, D.C. But the States are nothing like she expected, and soon Billie is caught in the middle of an unexpected controversy. Being an exchange student gets a whole new meaning in this first-ever SASS book of its kind.

What It’s About: Robin’s falling fast for an English guy named Kit Marlin. There are just a few tiny problems: 1) She’s living with him and his family in London for the year. 2) He treats her like a sister. 3) He has a gorgeous girlfriend. So she should just get over him and avoid a broken heart, right?

What It’s About: A French boyfriend is what Dana intends to get in her junior year in Paris. She keeps running into boring Alex Turner from home – but then he only wants to date a Parisian girl.

What It’s About: Carrie’s completely crazy about Antonio, her Italian boyfriend. He’s incredibly cute, smart, and sweet, everything she’s ever wanted. So what’s the problem? He hates American girls. And he has no idea that she is one. 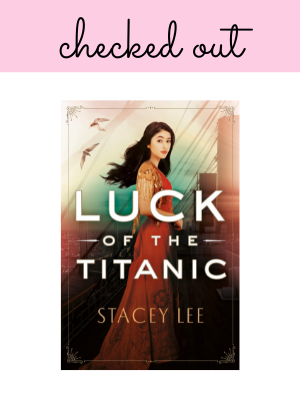